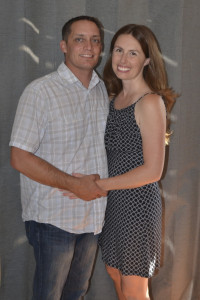 Today I returned to work. That is difficult beyond words, so I’m going to discuss something happier instead. Yesterday was our 6 year anniversary. We ended up celebrating Saturday night because I knew Sunday would be too crazy for us to be able to relax and enjoy ourselves. We went out to a nice dinner at a restaurant called Shabu Shabu. One of the things we like about this restaurant is that it’s an interactive dining experience– and the food is sooo good!! You select the meat you want, and it comes with veggies, rice, and dipping sauces. Then you cook the food in boiling water, which you add seasonings to as desired; once it’s done you dip it in the sauce, and yum! At the end they use your leftover veggies, sauces, and broth to make a delicious soup to finish off your meal. We’re usually so full at this point that we have no interest in dessert, but they offered us a free dessert since it was our anniversary, so we went for it. The dessert they gave us was vanilla ice cream (although more icy than creamy) with a rice coating. Even as full as I was, it was really refreshing and a perfect end to fabulous meal. The best part though was just being out with my man. This was our first time out together without the boys since Austin was born. My brother was babysitting for us, so we knew they were in good hands. 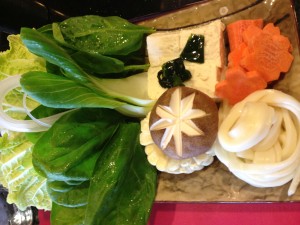 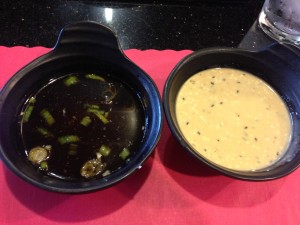 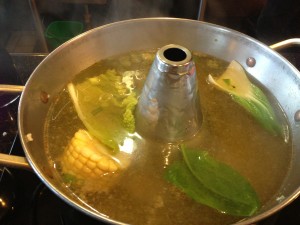 Here’s how you cook it 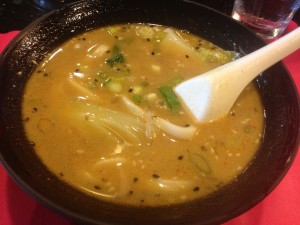 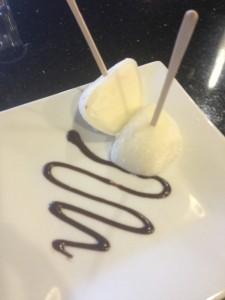 It’s kind of funny to look back on where we were at this time last year: newly pregnant with Austin although we didn’t know it yet. Wow how things have changed! Fortunately through all the changes this past year and through all the ups and downs of our life together so far, I have learned that I have a husband that loves me and is committed to our marriage. When we got married I knew we wouldn’t always agree, but for some reason I had this ridiculous idea that it would be almost fun to work through challenges together. It turns out it’s actually quite awful when you’re out of sync with your spouse. The good news is that once you’ve worked through those challenges, your marriage is even stronger than it was before. During those tough times I’ve found it’s easy to wonder if you’ll ever be able to get through it and any number of other crazy thoughts. That’s when I’m glad we don’t think of our marriage as “just a piece of paper” and didn’t enter into our marriage with the attitude of “we’ll stick with it as long as it works for us.” It’s not easy merging two lives together and raising a family, but I know that he won’t bail when it gets tough, and that he’ll keep loving me and working through our differences of opinion even when he thinks I’m crazy. Before we got married I asked Clint why he thought our marriage would work when so many others fail, and he said our faith. Every year I’m more and more convinced that is true. Six years really isn’t very long, but I am so pleased with the family we have started together, and hopefully someday we’ll get to be that cute old couple that is still holding hands surrounded by their children and grandchildren.
Happy anniversary my love!

One Year in Texas: Adventures in Moving